On the home page for this blog, I allude to the fun of coming across new music for the first time. Today I want to share one such personal experience which has completely captivated me since stumbling on it on Facebook.

I wrote about Robert Schumann (1812-56) in February last year. He had a life defined by chronic depression and it can’t have been a breeze being married to Clara Wieck (after huge protestation by his parents and experiments with countless others, most likely both sexes) whose talents at the keyboard were superior to almost everyone at the time. Robert’s own extraordinary gift at the piano was cut short prematurely by a finger injury.

His parents were not in favour of him becoming a musician, law was the preferred route of his mother.  His is truly a sad, complicated and tormented story, which I cannot hope to convey fully here, the marriage alone is now the stuff of folklore, a life riddled with self doubt, drink and a suicide attempt. It ended in an asylum.

But his legacy is music which goes right to the heart, as this little offering will demonstrate. I will be gobsmacked if you don’t instantly replay it.

“I do like the oboe, don’t you?” I remember being asked by an elderly companion many years ago at a prom concert. It took me slightly by surprise, because I hadn’t been especially aware of it during the piece we’d just heard.

And no, actually, if I’m honest, it doesn’t feature amongst my favourite instruments. Never has. Altogether too penetrating. Which has not stopped it being given some glorious tunes, notably the opening of the second movement of Brahms’s violin concerto, prompting one violinist to refuse playing the piece while someone else got the best tune.

And then I heard this, the second of Three Romances for oboe and piano, a piece which fits Hector Berlioz’s definition of the instrument perfectly – “The sounds are suitable for expressing simplicity…gentle happiness, or the grief of a weak soul.”

There is nothing particularly virtuosic about this, but the melody and the performances by Céline Moinet, one of the world’s finest oboists, and Florian Uhlig on the piano, are very special. Apart from the music, it took me a few hearings to understand why it entranced me so much.

It is actually quite simple: it is the absence of clutter. Two musicians in a bare space, no colour, with no sheet music, thereby enhancing eye contact and complete union. They are not just playing with eachother, but to and for eachother. Moinet plays effortlessly, no big breaths (just look at the opening note!), no uncomfortable grimaces that we often see on the faces of oboists. It’s almost as if she’s ‘miming’.

At the piano Uhlig accompanies sensitively, always in contact with his soloist. Listen to that left hand, ever present but never in danger of suppressing the oboe. Schumann marks the piece Einfach, innig, meaning simple and intimate. Accomplished here in spades.

You can tell I loved it from the start. I hope you will share my brief addiction to it.

It is hard to believe, but the prospects for the future popularity of Sergei Rachmaninov’s music as expressed by critics of the day were about as on the mark as a renowned weather forecaster in October 1987.

In the late ’70s, I recall reading, with growing anger, an article in the FT, confidently asserting that my young hero, the much lamented Seve Ballesteros, was a flash-in-the-pan talent which wouldn’t stand the test of time.

I don’t understand why people make such predictions. You rarely look clever. I think someone once assured us that television would never catch on.

Rachmaninov’s life, 1874-1943, spanned tumultuous times in world history. He detested the Soviet regime and took his family to Europe and then the USA. Despite the huge success of his 2nd Piano Concerto, probably now the most popular in the entire repertoire, he was plagued by a lifelong low self esteem across all his gifts of composing, conducting, and performing.

As a pianist, few, if indeed any, have come close to his mastery and obsession for accuracy. He had enormous hands which could cover a twelve note spread, an inevitable consequence being the inability of many with smaller paws to play his music at all. 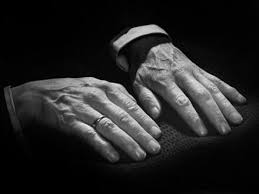 He was a bit of a scowler (I challenge you to find a single decent picture of him with a smile). 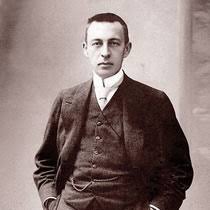 He would barely move at the keyboard, not unlike Horowitz, to whom he paid the ultimate compliment that he played his 3rd Piano Concerto better than the composer himself.

Nowadays we associate Rachmaninov with big sweeping tunes, very much in the romantic, nostalgic, vein of Tchaikovsky (one of his outspoken supporters). His 2nd and 3rd piano concertos have been immortalized in different ways in the films ‘Brief Encounter‘ and ‘Shine‘.  If he were alive today, I am certain he’d be giving John Williams some stiff competition.

It is a wonder he went on to compose a second symphony after the disastrous first performance of his first, not helped by a conductor who’d let alcohol get the better of him. But the second, first performed  – perhaps as a safeguard – by the composer himself,  was an instant success and it is the third movement which forms my offering today.

Allow me to make a plea with you. If you don’t have time to listen to this now, save it for another day: if you’ve never heard it, it is some of the best reflective music you could ever wallow in; and if you do know it, you are unlikely to have heard many better renditions. An orchestra is a whole, made up of talented individuals – and the individual talents here are as good as it gets. Switch everything else off, close your eyes and reminisce.

Every year a piano competition was held at my school. I never dared enter it, of course, because there was little room for fakers like me (old piano players never die, they just fake away, goes the adage) who would never have succeeded in fooling the most amateur of judges.

But I enjoyed attending them. Not just for the variety of skills, but as much for the diversity of pieces and the personalities of those who performed them. For all, no doubt, this was the culmination of several months’ work; and yet the approach to their task on the day was often a spectacle in itself.

I recall one hot favourite taking an eternity to settle himself on the stool, constantly adjusting its height and distance from the keyboard, before embarking on a prolonged silence to get himself in the zone for launching into a Beethoven sonata.

A polite invitation by the judge to start was all that was needed to derail the poor scholar and condemn his performance to the merely incredibly impressive, rather than the X factor required to win.

I forget who did win that year, and with what, but the stand-out moment for many of us was when the next competitor, following some twenty minutes of Beethoven, had the temerity to arrive at the piano and finish his piece within a matter of minutes. (I may have the exact details slightly wrong after over 40 years, but that is certainly the gist of it.) For a competition, that takes some chutzpah.  His choice, brilliantly performed, but lacking in sufficient gravitas to earn him credible consideration from the judge, was a sonata by the Italian Baroque composer, Domenico Scarlatti. His dates of 1685-1757 make him a near exact contemporary of the great man himself, J.S.Bach, (1685-1750), although there is no concrete evidence of Bach ever having even heard of the Italian.

Not much is known of Domenico, one of ten children, and the son of a musician, so we won’t tarry on biographical details. He is now most famous for having composed over 500 sonatas for the harpsichord. That’s a fair amount, so unsurprisingly many of them last only a few minutes and in one continuous movement, unlike their Classical equivalents of 50-100 years later.

So there is no need for you to be concerned at the prospect of today’s choice being an entire sonata by Scarlatti, for it lasts barely three minutes, here played by one of the world’s greatest living pianists, the Argentinian Martha Argerich (b.1941). She performs live only rarely these days and in truth has always been something of a recluse, despite her tempestuous and colourful life, but what a gift!

Take this encore as an example of her style. On she bounds, lobbing her hanky into the piano, and then dashes off this sonata K141, then bouncing off the seat before her left hand is off the keyboard. Before doing so, she treats us to three minutes of outrageous virtuosity, with repeated notes and frequent crossovers, at a pace which actually succeeds in bringing out the different discussions in the piece far better than any I have heard taken slower.

It’s hard not to marvel at this, and I hope it will be new to many of you.