I was chatting to someone about classical music the other day who said he enjoyed having it on in the background while he was working.

I’m sure what he said was true. It’s by no means an unusual way to express an interest in music, and many a time have I heard it said, but it does highlight the fundamental difference between hearing and listening. I could never put something on deliberately while having to concentrate on anything else: it’s just not possible to listen to any music of choice while trying, for example, to read, do a crossword, learn some poetry (very good for exercising the little grey cells, be it the verse of  Shakespeare or the limericks of Nash), or even write this post.

One of those activities will not get your full attention. Here’s the thing: to derive the fullest benefits of classical music, you do need to actually listen; not least because each time you do, you will notice something different, something you hadn’t heard before. And the observation of that alone is enough to enhance your enjoyment.

The human voice is the one instrument we can all play.  You can take it anywhere and it does not require another seat when travelling (although I can’t deny there are times when a number of us wish my father-in-law would leave it at the church door.)  If you doubt the ability of the human voice to bring solace and delight, and a whole lot more besides, I challenge you to hold that view after these few minutes.

I wrote about ‘trouser’ roles last time and here is another, this time a duet. The Grimm tale (somewhat literally in parts) of Hänsel and Gretel is well known, and it is virtually the only music, an opera, for which Engelbert Humperdinck (1854-1921) is known. (Not to be confused with the living singer of the same name whose big hit Please Release Me might have been a suitable soundtrack for the Leave campaign bus.) 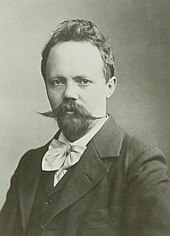 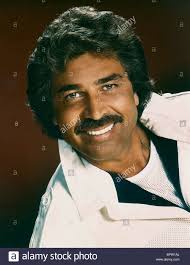 (Check out those ‘taches.)

Warning. The attached clip contains exquisite singing, but viewers may find the wardrobe malfunction distracting. Kathleen Battle in the red looks like she has been dropped into something, only parts of which have inflated on impact. Frederica von Stade is her fellow American singer.

So having viewed the image, I can promise that you will miss nothing by averting or closing your eyes. This will enable you to listen to two glorious voices in the parts of Hänsel and Gretel, singing The Evening Prayer in which they call upon angels to watch over them while they sleep in the forest. The combination of these two takes some beating.

The opera was a huge success and the story makes it an ideal first opera for younger ears and eyes.

2 thoughts on “Another pair of trousers”