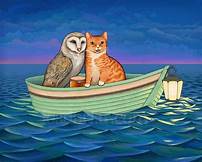 One of the great conundrums in music, any music, is the extent to which our choice of listening reflects our mood.

Obviously if you’re feeling all Tigger-like, you’re not going to go and dig out a funeral march. But if you’re erring on the Eeyore perspective of life, you’re hardly going to seek out an Alleluia tonic.

In the space of a few weeks, the country’s mood has shifted seamlessly from the ennui of Brexit to the fear of Coronavirus. Neither of these emotions is conducive to feeling chipper, and it makes selecting appropriate music in a lighthearted way all the more challenging. Oh, for the elation that swept the land when in 1981 Prince Charles married Diana Spencer, and Botham and Willis overcame the Aussies! ‘Bliss, [indeed], was it in that dawn to be alive, and to be young [as I was] was very heaven.’ And then some 30 years later the collective high spirits as the Olympics came to London.

Two things are now clear: we are in need of consolation, comfort and care; and without in any way seeking to trivialise the current climate, a little amusement would not go amiss either.

Which is why my quandary has directed me to two pieces today, in the hope that between them both there will be something here for everyone. Step up J. S. Bach, and Victor Hely-Hutchinson.

Bach wrote just one concerto for two violins, probably around 1720, but what a gem of intermingling dialogue it is. In this recording the canary-coloured-clad Anne Sophie Mutter shares the three movements with different members of her ensemble. The first, marked vivace, meaning lively, upbeat, is taken at a very sprightly lick and the final allegro almost has each violin chasing the other; but in the midst of these outer movements Bach slots in a largo ma non tanto, slowly but not overly so, which gives lie to the belief of some who find his music unmoving. It is an exquisite eight minutes, imbued with melancholy and comfort as one.

I am indebted to a first cousin for bringing the second piece to my attention. Victor Hely-Hutchinson, about whom I have written a couple of times before, was my great uncle and a child prodigy. He was still at Heatherdown prep school, so maybe not even in his teens, when he set Edward Lear’s 1871 poem, The Owl and the Pussycat, to music. I’m not here to read anything particularly insightful into this, for it is, after all, ‘nonsense verse’; but at its heart is an endearing trust – two completely incompatible beings sailing into the unknown ‘for a year and a day’. Looking out for each other. A message for our times?

I can’t hide a huge pride that this top rate trio, Mark Padmore, Roderick Williams, and Julius Drake, saw fit to perform this. It may be fun and playful, but it is far from kitsch: Victor conveys the gentle rocking of the boat from the opening bars, and the blending of these two lovely voices underlines the harmony between the two characters, heading into the unknown together.

‘There may be troubles ahead, but while there’s music and moonlight…’